The College gardens have existed for over 700 years, before that they were a mixture of gardens and pasture land. The northern half of the Deer Park was originally the Friary and grazing land of the Friars of the Sack, until they sold it to the College in 1295. The garden was separated from the adjacent fen by a wall in 1501. The wall enclosed the norther part, ‘The Grove’, at this time. The southern part, ‘Wynwick’s Close’ (Robert de Wynwick acted for the College in the purchase of the land), only enclosed by a hedge until much later. Scholar’s Garden was not obtained by the college until 1569, and remained open pasture until 1592. 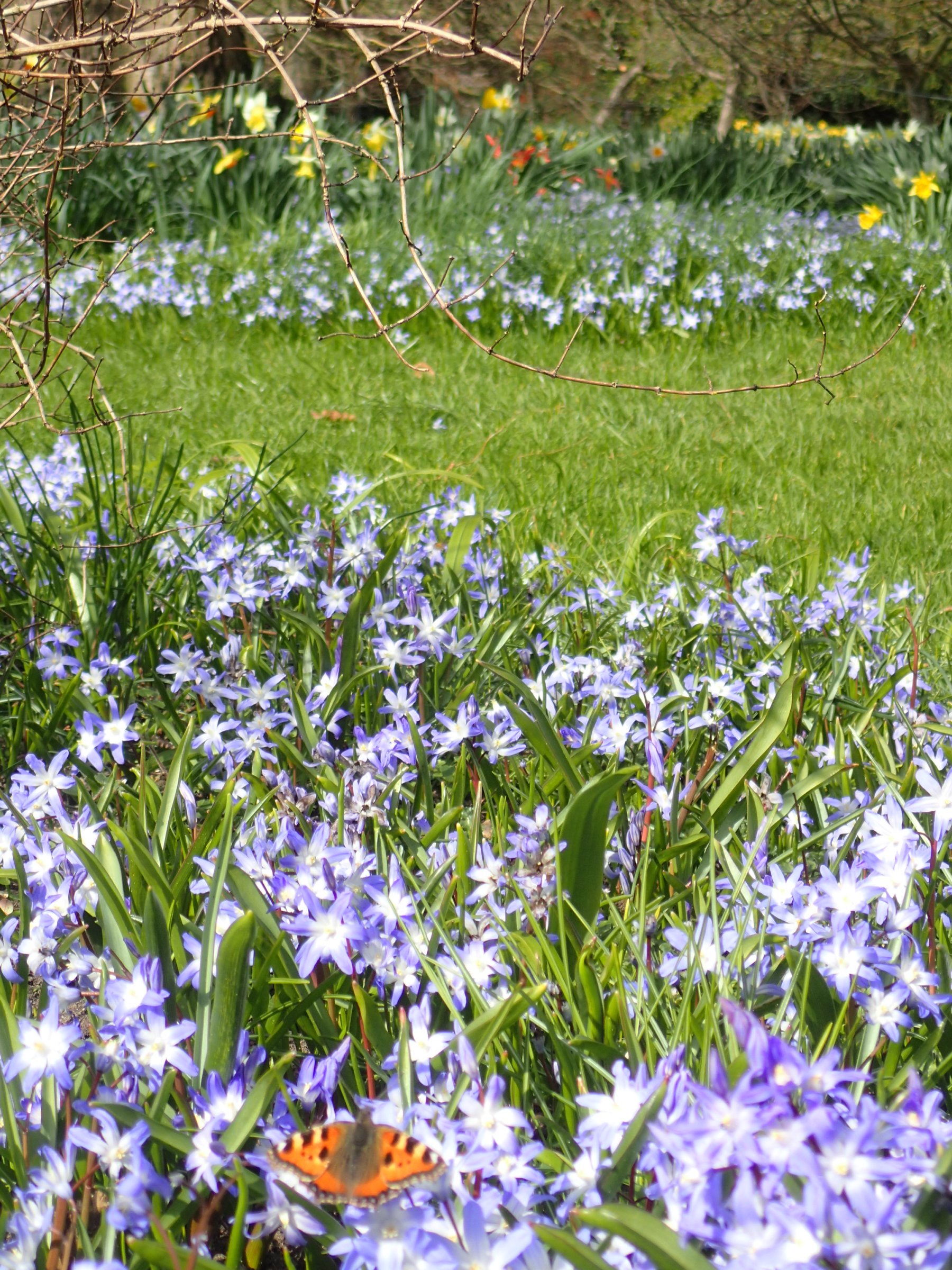 Peterhouse’s Deer Park has not had any deer in it since about 1935, but the college’s largest garden retains the name. It was originally known as ‘The Grove’ but became the ‘Deer Park’ sometime after the first deer were given to the college in 1857. Although there were once as many a twelve deer they never thrived in Britain’s smallest deer park, and there was rarely more than a pair there at any one time. For some reason the deer went into steady decline in the 1920s, possibly connected with the introduction of sheep at this time. By 1935 it was clear that the park was not suitable for a viable deer herd and it became the Deer Park in name only. In 1940 an avenue of lime trees along the path were felled and vegetables and an orchard planted to feed the college during the Second World War. Since then it has been turned over to an ornamental and wild flower garden. For more detail on the history of the deer see: Pattenden, P. 2004. The Buck Stops Here. Peterhouse Annual Record 2003/4: 26-50 and Peterhouse Deer Park. 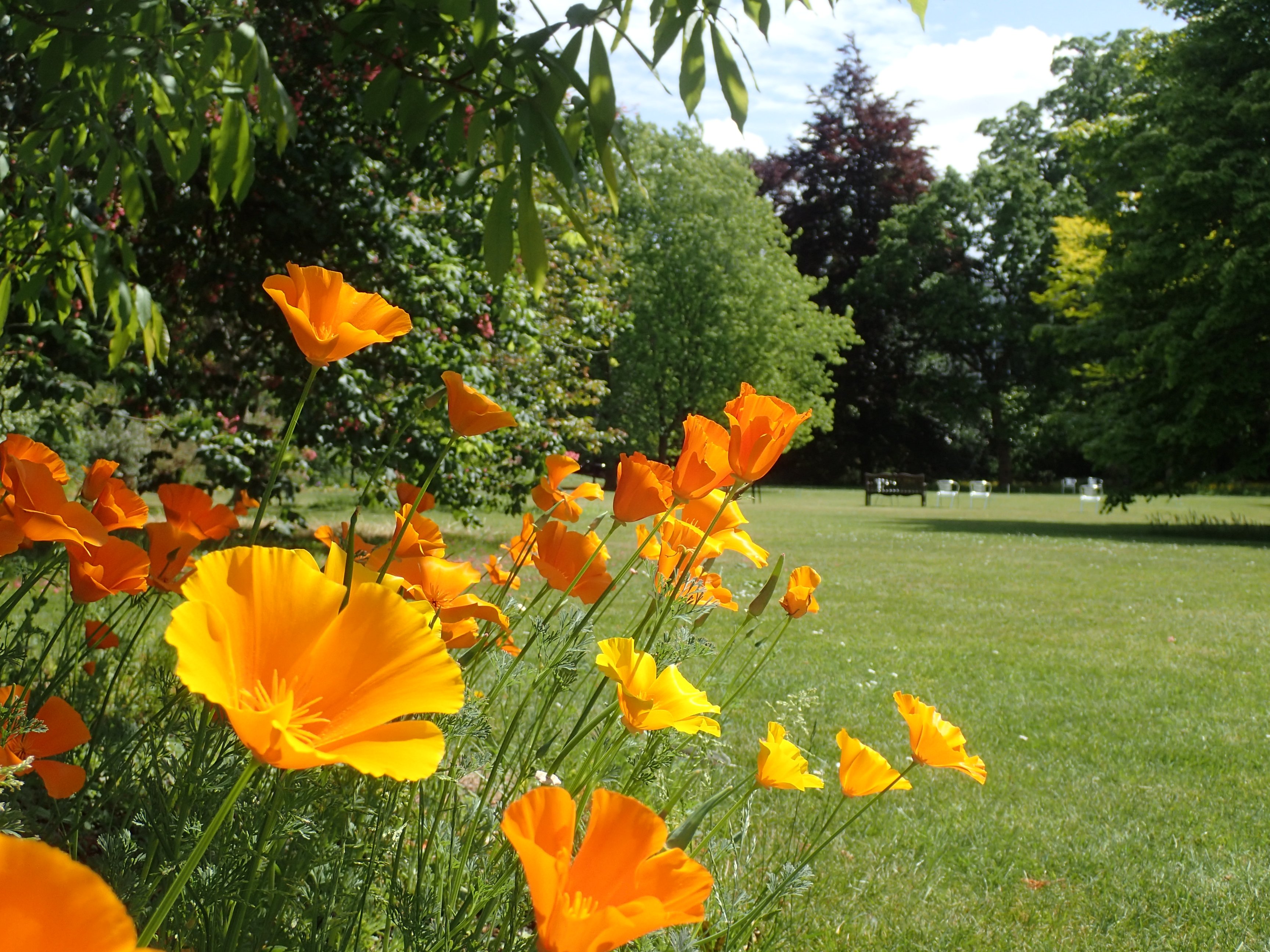 Peterhouse bought this area in 1569, from the White Canons of the Chapel of St Edmund, when it was known as ‘Canons Close hard by the Grove’. For some time it kept then name of Voyle (or Volney) or Ignlis Croft, after its owner prior to the White Canons – William Inge the Miller. It remained open pasture until 1574, but was then turned into gardens for the scholars’ use, laid out with orchards and vegetable plots. A 1688 map labels it ‘Peterhouse Garden’ but in 1763 it was called the ‘New Gardens’, after which time it was turned into formal gardens with the college bath-house on the edge of Coe Fen. In 1795 the New Gardens were split in half; the eastern half ultimately becoming the Fitzwilliam Museum, and the western half being retained as ‘Fen Garden’. This is now Scholars’ Garden. It is the wildest of Peterhouse’s gardens, with a woodland fringe along the boundary with Coe Fen Local Nature Reserve. 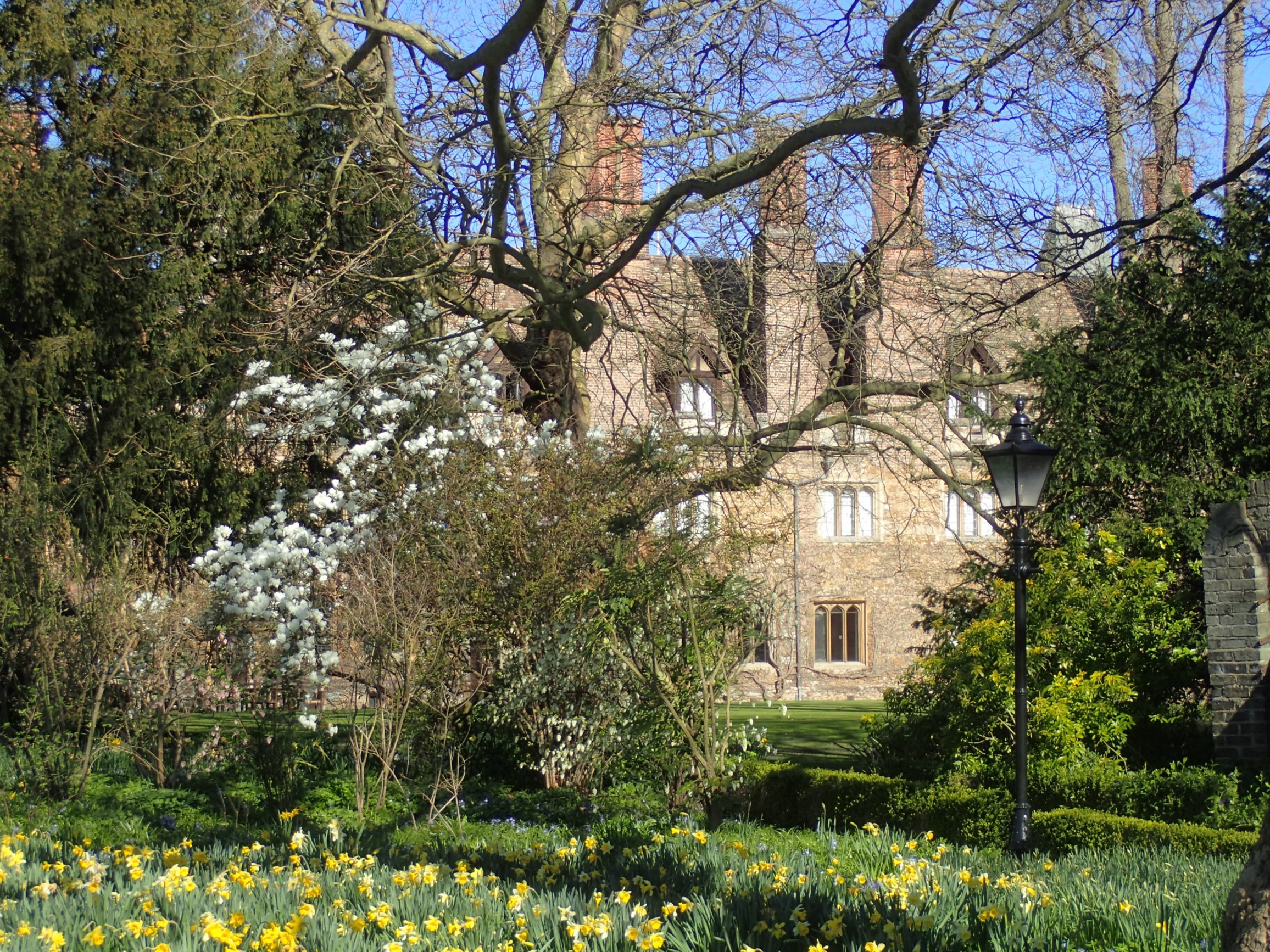 Fellows’ Garden is an open lawn dominated by two old lime trees but in 1572 was a formal walled garden divided into quarters, and this was still the case in 1688. Lawns dominated by 1798. The present layout was in existence by 1890.