The Memorial Service for the late Professor Sir Tony Wrigley will take place in Little St Mary's Church in Cambridge on Friday 23 September 2022 at 2.30pm.

If you would like to follow the service but are unable to attend in person, a livestream of the service will be available below:

Photo: HM The Queen talks to Sir Tony Wrigley after conferring his knighthood in 1996 (Letter of the Corpus Association 1996)

Members of the College will be saddened to learn that Professor Sir Edward Anthony Wrigley PhD FBA, known to many in the College as Tony Wrigley, has passed away. He died on Thursday 24 February 2022.

Tony Wrigley was a distinguished historical demographer and co-founder of the Cambridge Group for the History of Population and Social Structure.

Among his many distinguished positions and associations, he was Professor of Population Studies at the LSE 1979-88, Senior Research Fellow at All Souls College Oxford 1988-94, Professor of Economic History at Cambridge 1994-97, Master of Corpus Christi College Cambridge 1994-2000 and President of the British Academy 1997-2001.

Our thoughts are with his family and friends at this sad time. We shall be flying the College flag a half mast for three days in his honour from Wednesday March 2.

Tony Wrigley was an economic historian and historical demographer of sixteenth- to nineteenth-century England. He was a University Lecturer in Geography from 1958 to 1974. In 1964, with Peter Laslett, he set up the Cambridge Group for the History of Population and Social Structure, an organisation for quantitative research in family history and demographic history. He was its president from 1974 to 1994. In this field of learning he was a pioneer, and made his discipline a major international one backed by several scholarly journals. He was himself the author or editor of at least seventeen academic books, mostly published by Cambridge University Press, and of many more articles in learned journals. These publications are basic undergraduate texts for economics and history courses.

The son of a Unitarian minister, he held to Unitarianism all his life. He came from Macclesfield to be a Peterhouse freshman undergraduate in 1949 and continued here to become a Research Student. In 1953-54 he was William Volker Research Fellow at the University of Chicago. From 1958 he was a Research Fellow of Peterhouse, and the next year became Domestic Bursar. He was also Praelector. In 1961 he became College Lecturer in Geography and showed his abilities as acting Bursar. He served as a Tutor before being elected Senior Bursar in 1964; and he held this latter Office until 1974. He then ceased College Office, except for his College Lectureship, latterly in History, and resigned his Fellowship to move to greater things in 1979, at which point he was elected to an Emeritus Fellowship.

He is remembered as an energetic Senior Bursar – another bursar of the day described him as the best in Cambridge – and was operating during the years when the needs of Research Students became a more pressing concern in Cambridge generally. It was in this period that Cosin Court was built to house, amongst others, graduate students. This creation was Peterhouse’s solution to the problem without establishing, as some other colleges did, a distant graduate-student outpost or what would become a separate graduate college. He refurbished and had the extensions built on the houses bounding Cosin Court in Tennis-Court Road and Tennis-Court Terrace. He is credited with the vision to build the College’s two storey car-park where vehicles had previously been parked on a gravelly plot.

He left his Peterhouse Fellowship to become Professor of Population Studies at the London School of Economics 1979-1988 and then a Senior Research Fellow at All Souls’ College, Oxford. In Oxford from 1987 to 1996 he was President of Manchester College, a Unitarian foundation, at the time when it became a college and changed its name to Harris Manchester. In 1994 he returned to Cambridge as Professor of Economic History 1994-97, and was also elected Master of Corpus, a position he held from 1994 to 2000. He was created a knight bachelor in the New Year’s Honours List 1996 for ‘services to historical demography’.

He was, like his predecessor – the Bursar of the William Stone Building, – at the same time both a scholar of distinction and productivity and a Senior Bursar of stature and achievement. Tony was always courteous and cordial with a ready smile; and he showed an interest in and an encouragement to the progress of young Fellows of Peterhouse even outside his own specialism. 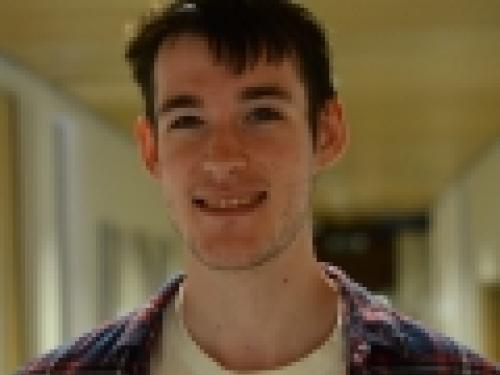 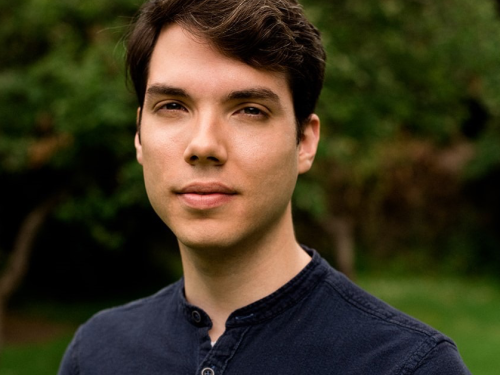 Alex Tsompanidis named in the top '40 under 40' of autism researchers worldwide, by Spectrum magazine
Discover More