The Chapel is a remarkable building. Built under the Mastership of Matthew Wren, there is nothing else quite like it. It was started in 1628 and consecrated in 1632 by Dr Francis White, Bishop of Ely, but work on the Chapel was not completed until 1638. It is regarded as one of the most notable of the chapels built in the time of Archbishop William Laud. After the English Civil War much of the ornamentation of the Laudian chapels was destroyed or removed. For this reason Peterhouse Chapel lost its original stained glass, with the exception of the East Window’s crucifixion which is modelled after an engraving of Ruben’s Coup de Lance. The other windows remained plain glass until the present windows by the German stained glass artist Maximilian Ainmiller were added in 1855-8. After the Restoration in 1671 the original brick chapel was clad is stone and some modifications to the building took place in 1709 and 1755. Restoration was needed inside in 1821-2 and in the 1950s the roof was replaced. This is what led to the current restoration work.

We recently completed the first phase of the restoration. The 1950s aluminium roof was failing. We had aimed to replace it with lead, but the structural engineers discovered that the stone facing over the original brickwork, was starting to peel away: a heavier lead roof could accelerate the process. So we compromised on lighter 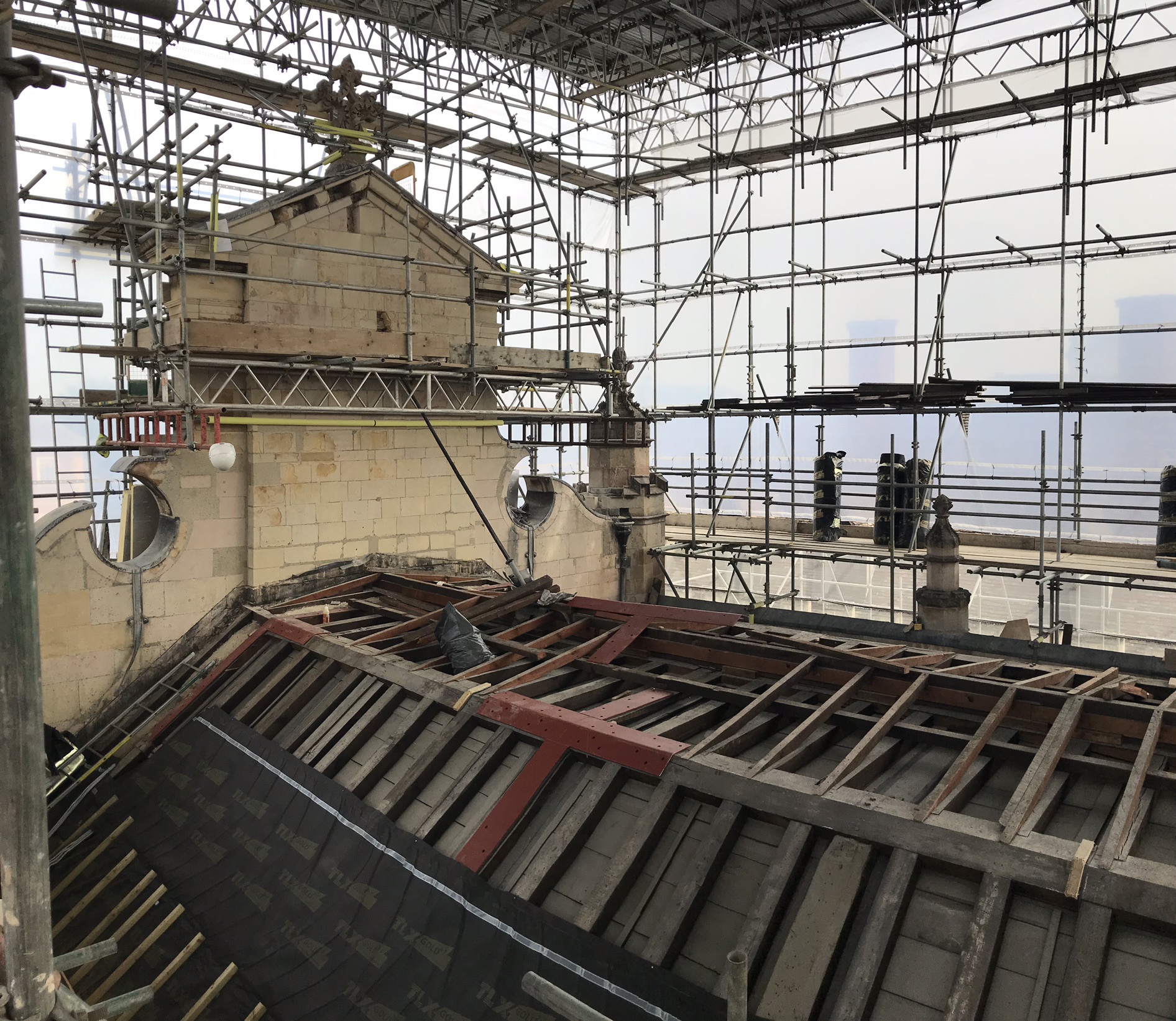 stainless steel, together with a series of ties to keep stone and brick together. While the scaffolding was up repairs were made to the decorative masonry on the outside of the Chapel, and the magnificent East Window was removed to Wells for restoration; clear glass was inserted in the intervening period and has remained in place to protect the restored glass. The heating has been replaced and the organ loft strengthened. At the bottom of this page you can see a gallery of photographs of the work being carried out in the Chapel in September 2018. With thanks to Dr Geoff Dumbreck for the photography.

We removed the Victorian choir stalls and, helped by a most generous donation, were able to restore the original seventeenth century benches we discovered underneath them. Without those central stalls the Chapel looks much larger and more elegant and (before COVID-19) the choir enjoyed their new-found flexibility so we have applied for a Faculty not to put them back. We have also applied for a Faculty to restore the Munich windows and to replace the protective glass to prevent any further deterioration. This should make a significant difference to the interior of the Chapel as it will remove the dark brown varnish that was painted over the windows in the later nineteenth century. With the 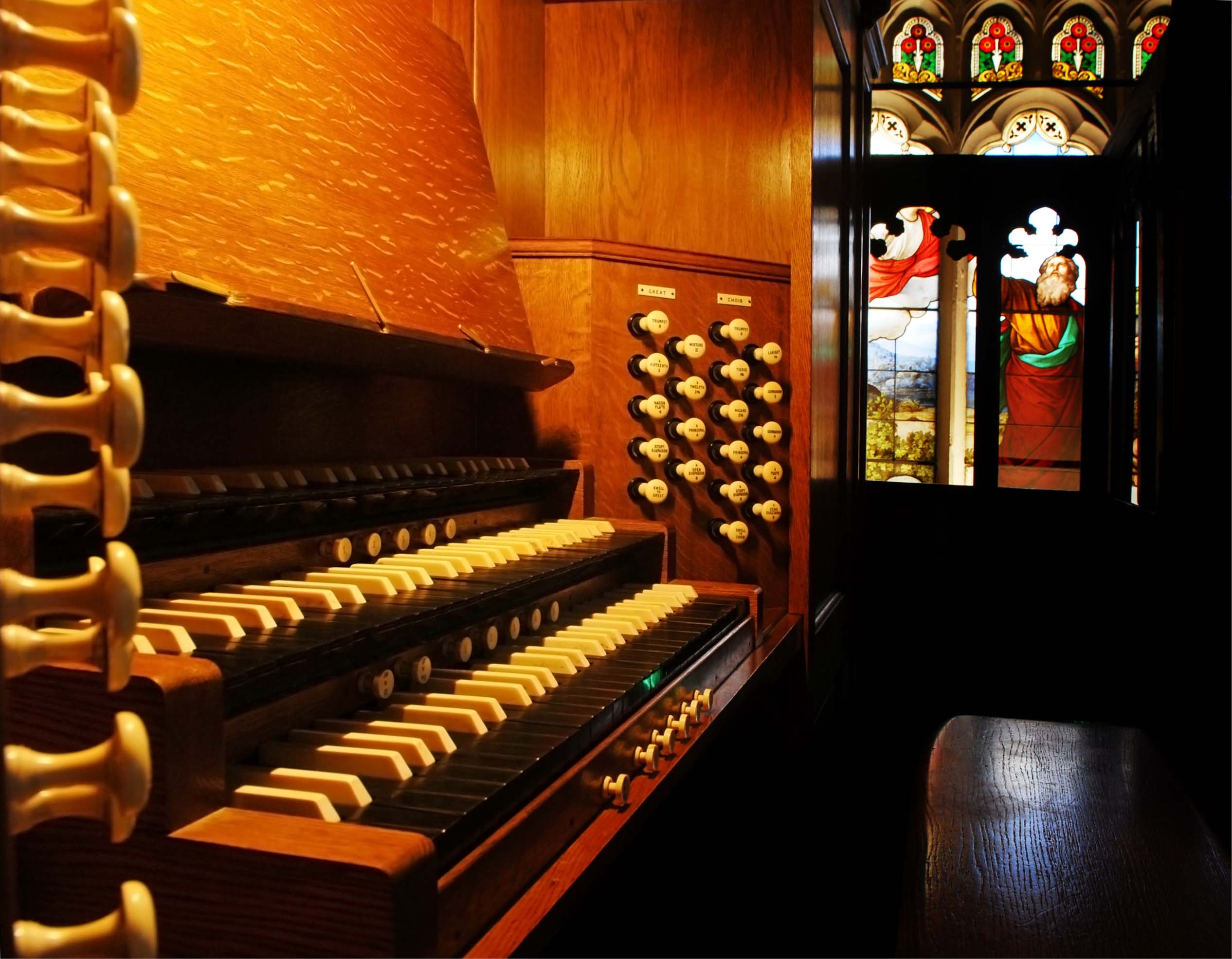 removed for restoration, we have been able to undertake a dendrochronological study of the organ loft. A copy of the report can be found here. We have also commissioned an architectural survey of the organ loft to understand its development and will post it here when it becomes available.

There are other projects that we would like to consider, such as removing the dark brown varnish from the wood paneling around the altar to reveal its original colour and handsome grain. A new lighting plan has been agreed and we have recently installed new chandeliers which replace the ones lost a long time ago.

Donations towards the continuing work in the Chapel would be most welcome. You can either make a donation using the link below or, if you would like additional information, please contact Saskia.MurkJansen@pet.cam.ac.uk.

A two-day conference on the history of the Laudian Chapel at Peterhouse, and its future, was held from Friday 6 October to Saturday 7 October 2017. The Peterhouse Chapel Conference was recorded and you are able to listen to the talks below. The College was delighted to host the Blue Heron Choir, who specialise in the Peterhouse Part Books, for the duration of the conference.

Recordings of the Chapel Conference are available on the Peterhouse Development YouTube Channel. 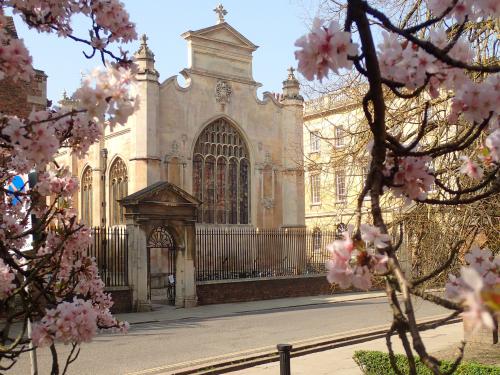 The Chapel sits at the centre of the oldest part of College and stands for a living tradition in the College’s life. The Peterhouse Chapel Choir is a friendly and diverse group drawn from the undergraduate body of the College and beyond.