The dining hall at Peterhouse was completed in 1290 and, in continuous use by Fellows and students for over 700 years, is the oldest collegiate building in Cambridge, making it a unique venue for all occasions.

While the structure is medieval, the interior was redesigned in the late 19th century, with dark panelling and Masters’ portraits, a minstrel’s gallery and William Morris stained glass, stencilling and tiles combining to create a dramatic back-drop for grand dinners.

The Hall is the oldest part of the College, and indeed of the University. In 1286 Hugo de Balsham’s will left the means to build ‘a handsome Hall’ to accommodate the College’s 14 scholars. The original structure was built of clunch from nearby Cherry Hinton chalk pits. This was later replaced by stone, with the exception of the Early English doorways to the screens passage.

Later it was remodelled, the roof replaced and new windows 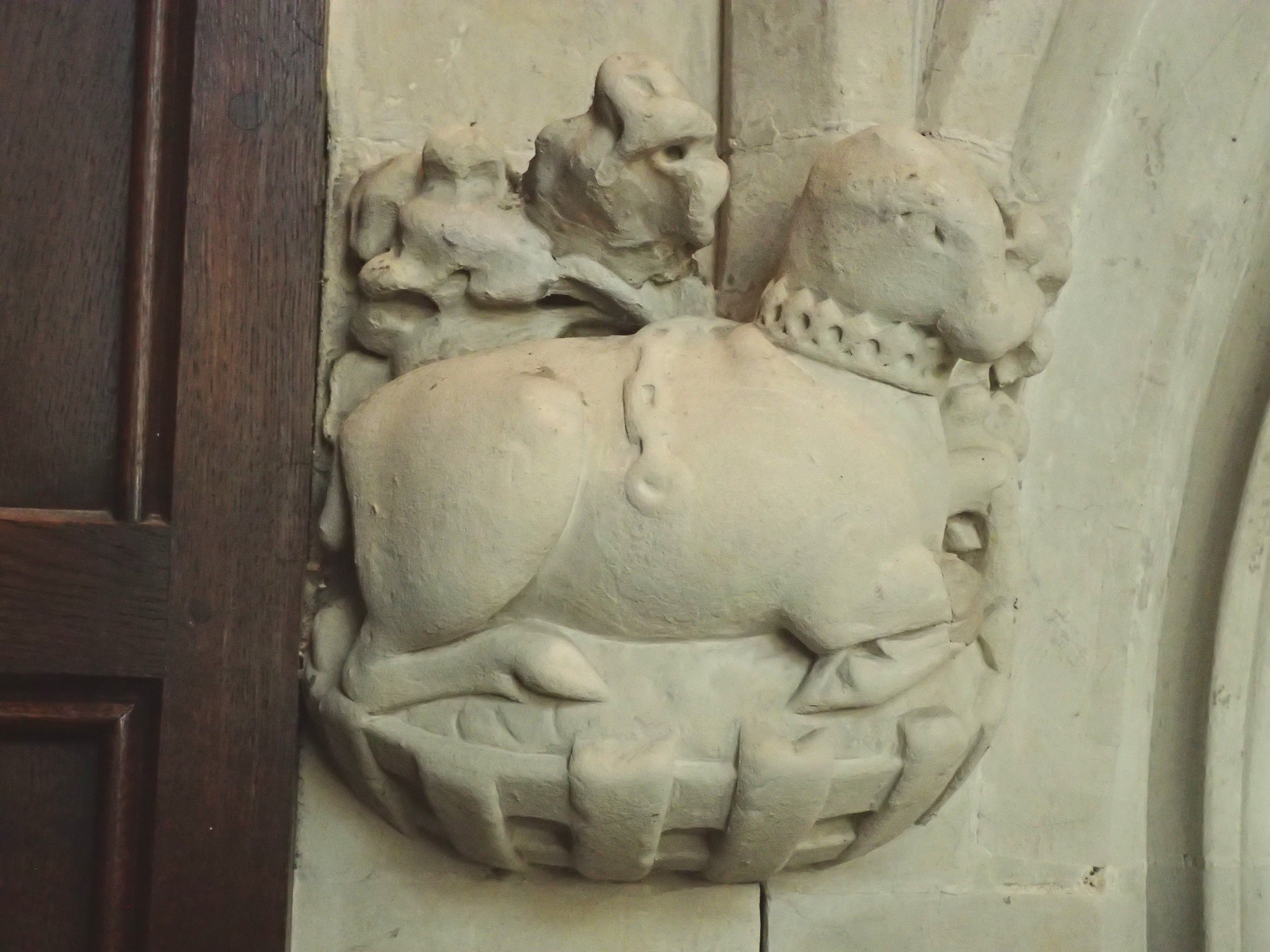 installed. At this time some decoration was added, including a badge showing a hart caged by a fence, symbolising the deposition of King Richard II by Henry IV in the Wars of the Roses and dating the work to shortly after 1399. The only modification over the succeeding 400 years was the addition of the fireplace during the 16th century.

In 1868 the walls were bowing due to  weight of the roof. A full repair and restoration commissioned the leading church architect of the day, Sir George Gilbert Scott. The work was undertaken by his son of the same name. The Hall was given a new roof and a decorative lantern louver, a new oriel window and panelling designed to accommodate the old portraits of Masters and notable Petreans from the Combination Room. The decoration of the walls and windows was entrusted to William Morris. Ford Maddox Brown designed the figurative stained glass from drawings by Burne-Jones, and Philip Webb designed the heraldry devices. The stained glass shows people important to the founding of the college: Edward I (grantor of the College’s charter) and his queen Eleanor, and Hugo de Balsham (founder of the college). It also has notable Petreans such as the poet Thomas Gray and the scientist Henry Cavendish; and a range of great names from throughout history, from Homer and Aristotle to Newton and John Milton.

Lord Kelvin installed electric lighting in the Hall in 1884 to mark the College’s 600th anniversary, making it the second building in Britain (after the House of Lords) to be electrified.

A further restoration was made in the early 2000s, reviving the woodwork and stencil decorations.

More information on the hall glass can be found at https://perneward.wordpress.com/2015/04/28/morris-marshall-faulkner-and-co-at-peterhouse/ 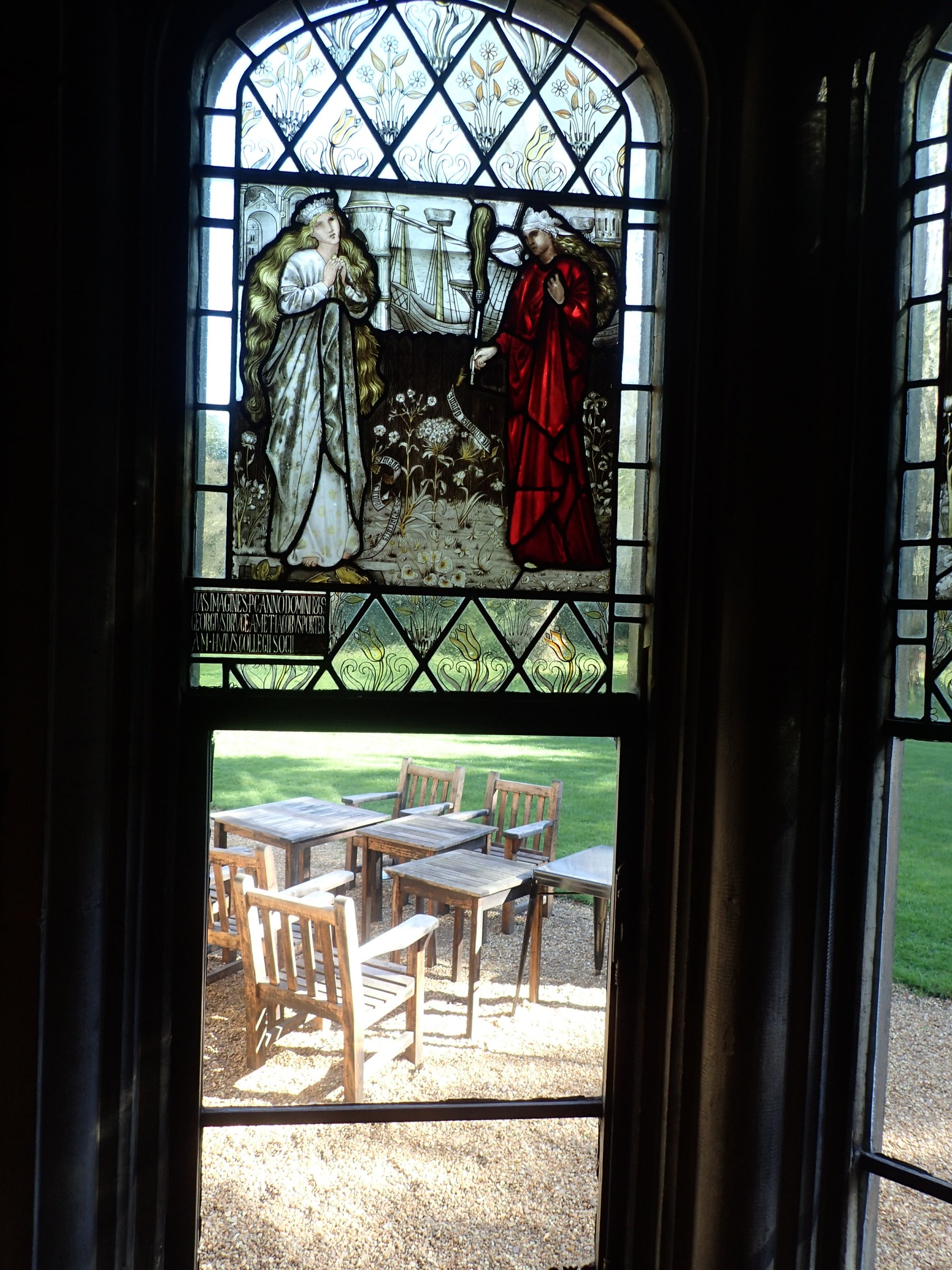 Beyond the Hall is the Combination Room used for Fellows’ dining. This was originally the ‘stone parlour’ dating from 1460-4. It was redecorated in the Georgian style in the 18th century, with the addition of a chimney piece on the west wall and sash windows to Fellows’ Garden. In the 1868 restoration of the Hall, the stone parlour was expanded into its present form as the Combination Room. At the same time the Georgian decorations removed.

William Morris created the tiles in the west fireplace, showing the four seasons. The stained glass windows in the bay by Burne-Jones show scenes from Chaucer’s ‘Legend of Goode Wimmen’, the other windows show the poets Homer, Aeschylus, Horace, Lucretius, Dante and Chaucer. 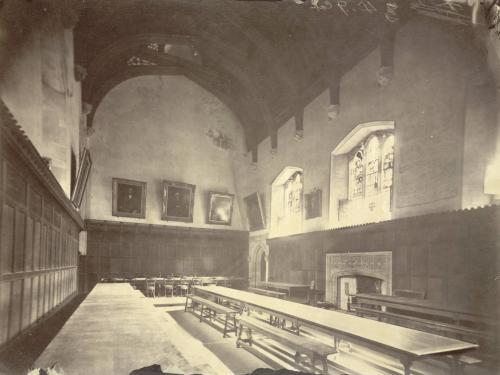 Historical images of the Hall and Combination Room
Discover More